Star Wars Day is the perfect opportunity to yell “May the 4th be with you” from the rooftops if you’re a die-hard Star Wars fan or just searching for a cause to embrace your inner nerd. Once upon a time, in a galaxy far, far away… Star Wars became a worldwide phenomenon that shook the film business and mainstream culture as we know it. Fans of the movie have set aside one day each year to commemorate Star Wars Day in order to pay honor to their favorite sci-fi property.

What is the Star Wars Day

For everyone who is enthralled by the Star Wars world and everything that it entails, Star Wars Day is a significant event. It’s a chance for fans to demonstrate how much the movie has influenced their lives…and let’s face it, Star Wars fans know how to party! Although it may appear a little nerdy, Star Wars fans frequently arrange themed gatherings in which they dress up as their favorite character, wield lightsabers, and mingle with other similarly enamored Star Wars fans. 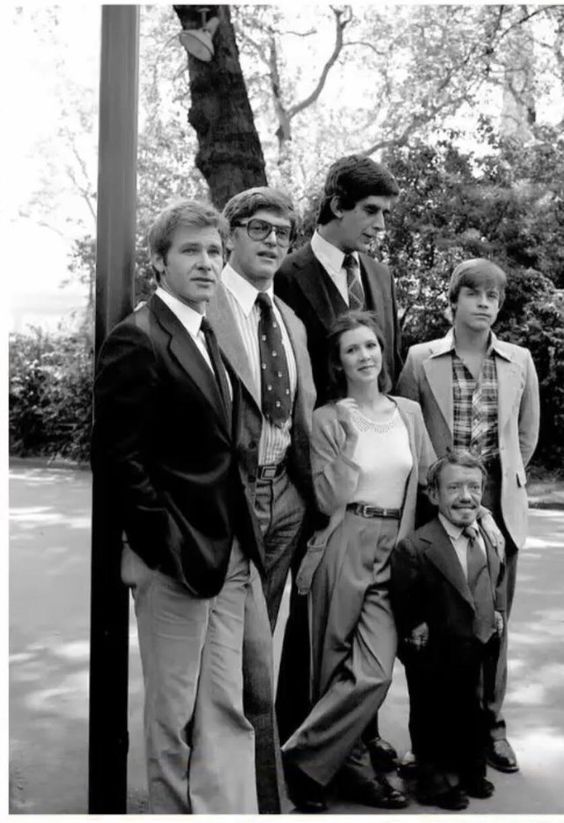 Are you curious about Star Wars Day and where it originated? The phrase “May the Fourth be with you” goes back to 1979, and it comes from an unusual source. Margaret Thatcher became Britain’s first female prime minister on May 4th of that year, and her political party published a message in the London Evening News to commemorate her triumph, which said, “May the Fourth Be With You, Maggie.” Congratulations.” The statement was a clear allusion to the phrase “May the force be with you,” which was made popular by the original Star Wars film, which was in full swing at the time. The “May the 4th be with you” phenomenon has taken on a life of it’s own over the years and even Disney began observing Star Wars Day due to it’s unrelenting popularity.

When is the Star Wars Day

If you haven’t already guessed by now, Star Wars Day is celebrated on May 4th every year.

If you haven’t checked out Star Wars Day on social media, you’ve been missing out! It seems like just about everyone is jumping on the Star Wars Day bandwagon, even celebrities can’t resist getting in on the action. #StarWarsDay and #MayThe4thBeWithYou are usually trending topics on social media for the month of May, but there are plenty of other hashtags to take a deep dive into if you’re interested in seeing what Star Wars Day is really all about. Wish the world a Happy Star Wars Day and snap pictures of how you’re celebrating. Be sure to include any of these popular hashtags: #StarWarsGeek #StarWarsLover #UseTheForce #StarWarsNerd #StarWarsFans #LucasFilm #StarWarsRebels #TheRiseOfSkywalker #Jedi #TheForce

Here’s a roundup of the best social media reactions from celebrities on Star Wars day:

#Padme (aka Natalie) & I would like to wish you all a very happy #StarWarsDay! #MayThe4thBeWithYou! pic.twitter.com/4GVAA4yeSV

How to Celebrate May the 4th

May 4th is all about paying homage to the original Star Wars films, and you may mark the occasion in any manner you like. There’s no incorrect way to express that the force is strong with you, whether you want to dress up as Darth Vader, splurge on some great new Star Wars gear, upload an appealing photo for social media, or have a full-fledged light saber war with your friends. We’ve put together a list of entertaining Star Wars Day party ideas to get the celebration started.

1. Start a movie marathon with your friends

Do you want to celebrate Star Wars Day? If you’re celebrating May 4th, binge-watching all of the best Star Wars movies is an em>absolute must!/em> Make some popcorn, invite some friends over, turn on your Disney+ membership, and spend the next several hours completely immersed in the Star Wars world. It’s only fair to begin with the original Star Wars trilogy, and if you’re feeling very ambitious, you could even go through all nine Star Wars episodes!

2. Dressing Up for Star Wars Day

Are you even a true Star Wars fan if you haven’t dressed up as a character from the franchise at least once or twice? Dressing up in a Star Wars costume is a rite of passage for any avid advocate of the film, and it only makes sense to do it for Star Wars Day. There’s an endless amount of awesome Star Wars gifts and gear that will keep you looking like a real Jedi Master or even Jar Jar Binks!

Whoever your favorite character may be, there’s no shortage of Star Wars nerd apparel for you to browse through to prepare for the big day. Looking for a Stormtrooper voice changing helmet, or perhaps a Kylo Ren costume to get into the Star Wars Day Spirit?

Check out these 32 Best Star Wars Gifts for the Aspiring Jedi or Sith Lord. And if you’re willing to go the extra mile, you can even dress up your pet as Yoda or Chewbacca. You know it’ll earn you both extra cuteness points, and it would be a hit on social media. The best Star Wars gifts are only a click away!

3. Buy something fun and extremely nerdy

Whether you’re into Star Wars or not, you can’t deny that there’s an insane amount of Star Wars themed merchandise and collectibles that are almost too good to be true. If you don’t know the first thing about Star Wars but still want to spoil the nerd in your life, try these 25 Brilliant Nerd Gifts for Him That’ll Make Any Geek Proud. Star Wars memorabilia is unique in every way, and that especially goes for the selection of Star Wars Legos that are on the market.

If you’re looking to buy something funny, quirky and downright nerdy this year, we’ve got you covered. Buy yourself or your likeminded Star Wars sidekick some of the best Lego gifts or top nerd gifts for men and make this Star Wars Day the greatest in the galaxy. To check out some collectibles for even the nerdiest Star Wars fans and Lego lovers, you won’t want to miss these 22 of the Best and Rarest Lego Gifts Ever: Our Top Picks.

Another solid way to celebrate May the 4th is by whipping up some fancy Star Wars recipes. This is where you can really get creative by inventing an innovative recipe of your own or trying to master one you find online. Get your taste buds ready to experience Star Wars Day to the fullest with treats influenced by the film.

aunt beru’s (grown up) blue milk // may the fourth be with you!

Star Wars Day is a massive movement perpetuated by the fans and it should be celebrated with pride. This year’s festivities are rapidly approaching, and you’ll be guaranteed to have a happy Star Wars Day by watching the movies, dressing up, throwing a party with Star Wars themed snacks, and investing in some seriously nerdy Star Wars gifts for you and your friends. The possibilities are endless when it comes to this unofficial holiday, so have fun, get nerdy, and May the 4th be with you!

The 22 Best Lego Gifts Ever: Our Top Picks of The Rarest Sets

The 22 Best Lego Gifts Ever: Our Top Picks of The Rarest Sets

This website uses cookies to improve your experience while you navigate through the website. Out of these cookies, the cookies that are categorized as necessary are stored on your browser as they are essential for the working of basic functionalities of the website. We also use third-party cookies that help us analyze and understand how you use this website. These cookies will be stored in your browser only with your consent. You also have the option to opt-out of these cookies. But opting out of some of these cookies may have an effect on your browsing experience.
Necessary Always Enabled
Necessary cookies are absolutely essential for the website to function properly. This category only includes cookies that ensures basic functionalities and security features of the website. These cookies do not store any personal information.
Non-necessary
Any cookies that may not be particularly necessary for the website to function and is used specifically to collect user personal data via analytics, ads, other embedded contents are termed as non-necessary cookies. It is mandatory to procure user consent prior to running these cookies on your website.
SAVE & ACCEPT
wpDiscuz
0
0
Would love your thoughts, please comment.x
()
x
| Reply